Born in Cagliari, she still lives and works in that town of Sardinia (Italy).

Creative manual activities have been at the center of her personal research for a long time.

Graduate in Pedagogy, she has been working for many years as a teacher in the primary school.

She attended a course of ceramics, organized by the cultural association “Il Dado”, and a practical workshop of the well-known sardinian ceramist Massimo Boi.

She attended moreover a course to deepen her knowledge on the making of ceramics at the Academy “Raffaello” in Urbino.

She has always been interested in the history of writing, also realizing, with the children of the school where she worked as a teacher, workshop activities connected to the fascination given by the “symbol”.

Several clay plates made by her clearly show how she has been influenced by her study and work on the writing of the ancient civilizations.
She also realized many art works using some recycled materials that, once transformed, became materials fit to construct something totally different.

In 2001\2002 she was a teacher in the University of Cagliari – Department of The Science of Primary Education – where she delivered a course on the subject “Workshop on playing and animation“. 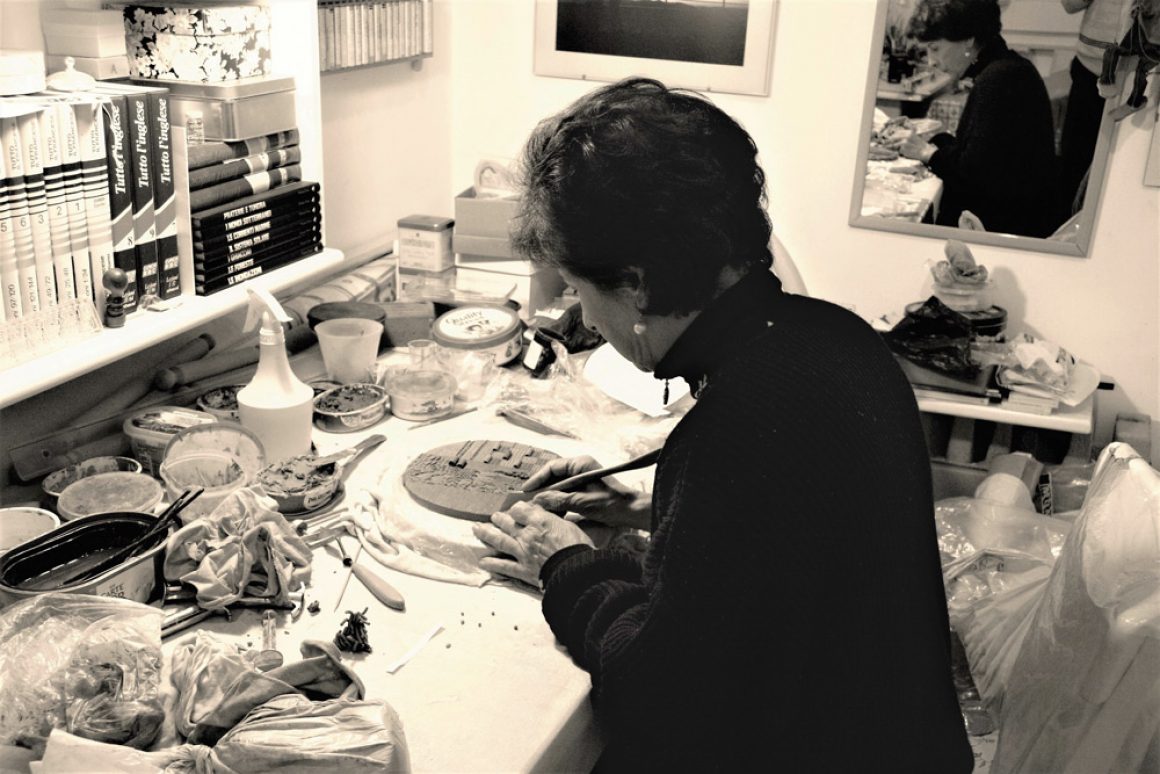 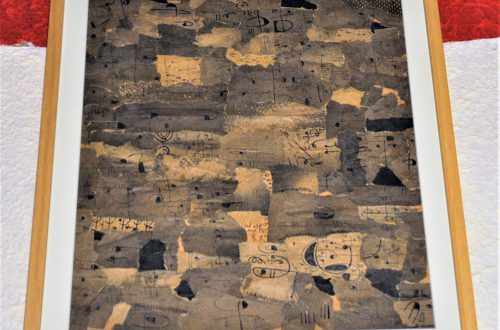 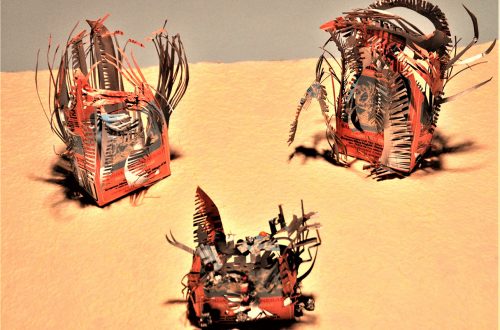 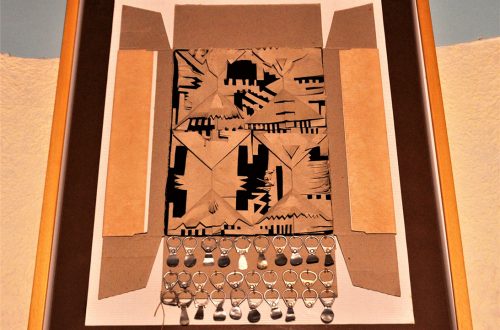 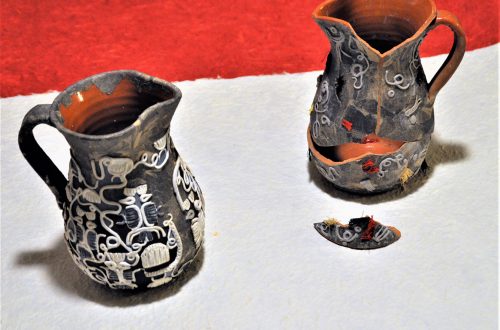 “Since my childhood, the creative impulse helped me to escape from the oppression that I suffered, sometimes with violence, in the period of my life (started when I was three and concluded when I was eleven) passed in an institution held by “charity” nuns.
The imagination allowed me, in those years, to invent some stories that I told the other little girls living in the same institution, and this ability helped me to have a space of self-affirmation and self-esteem. 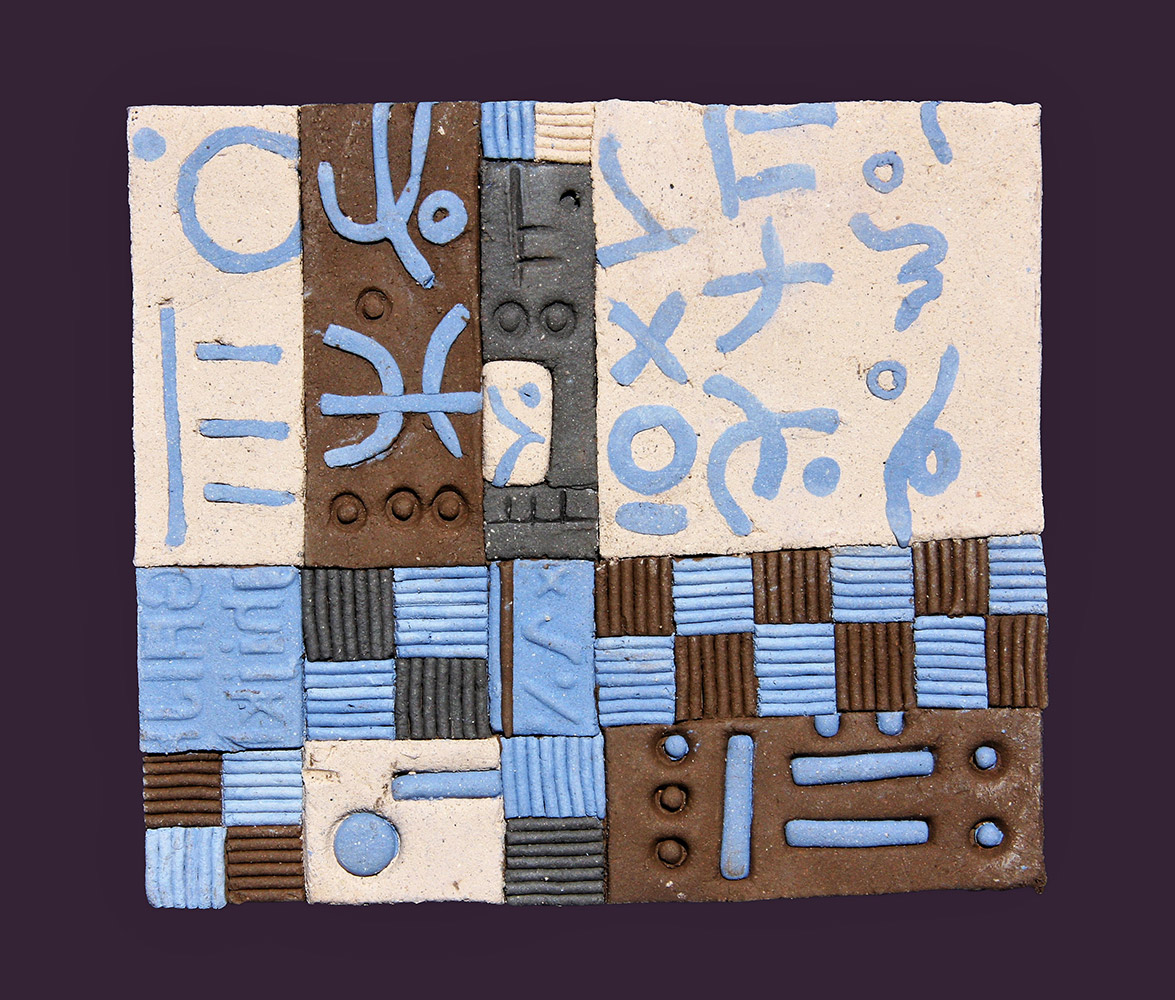 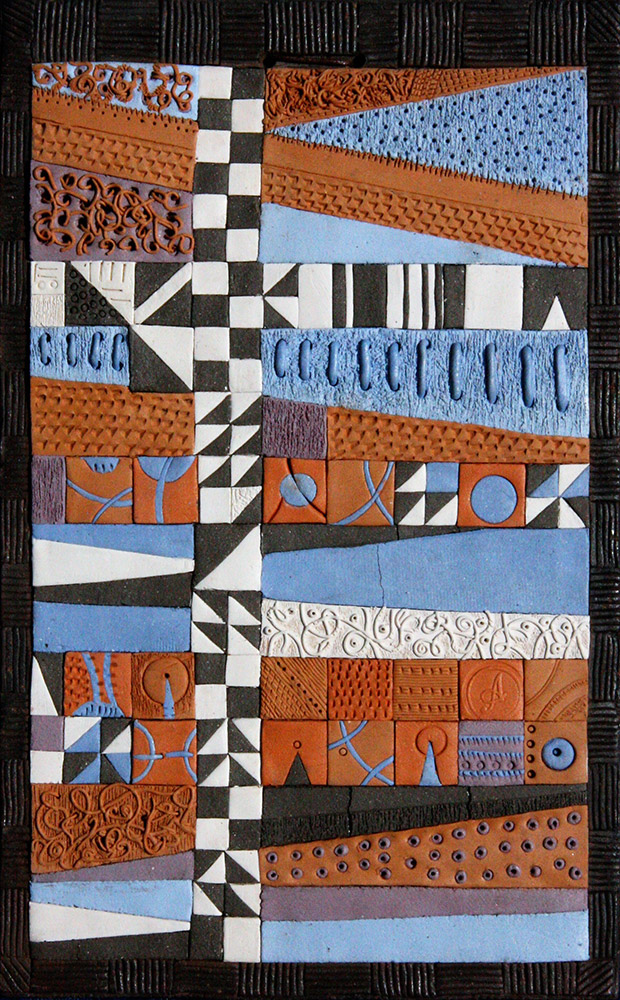 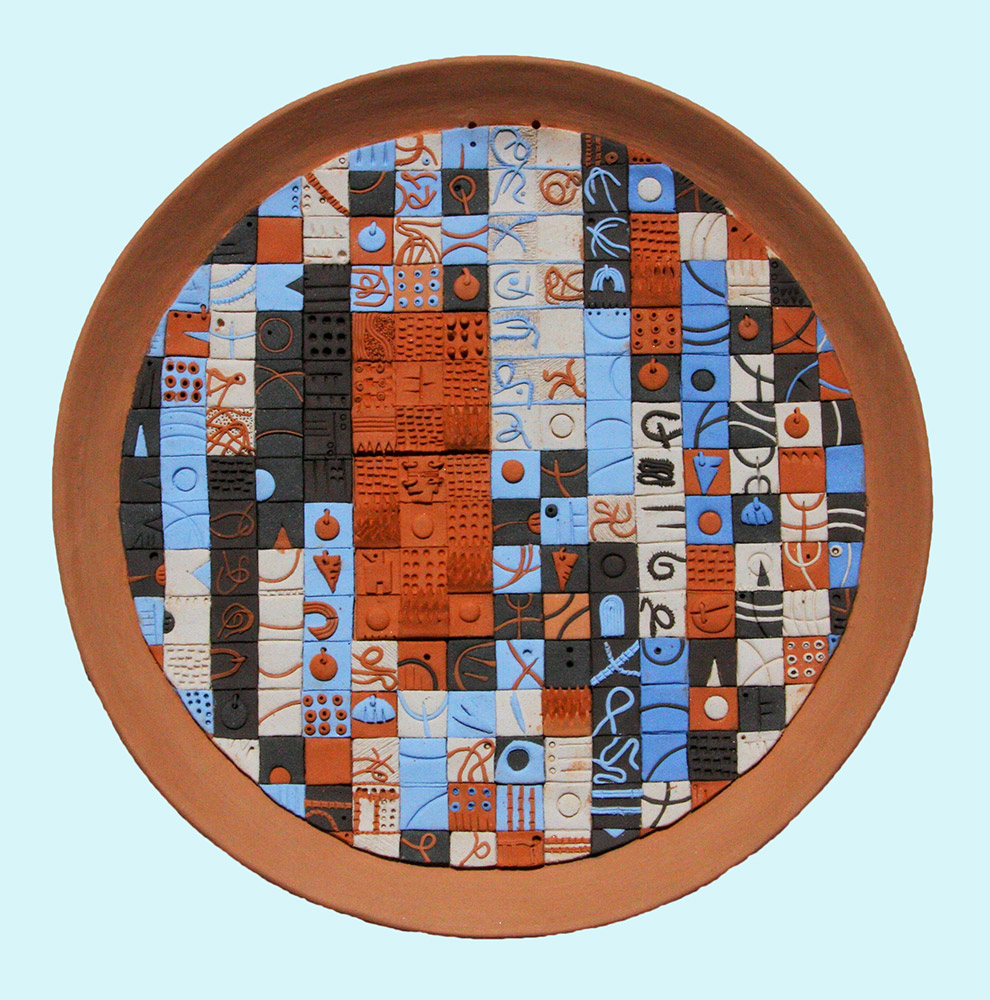 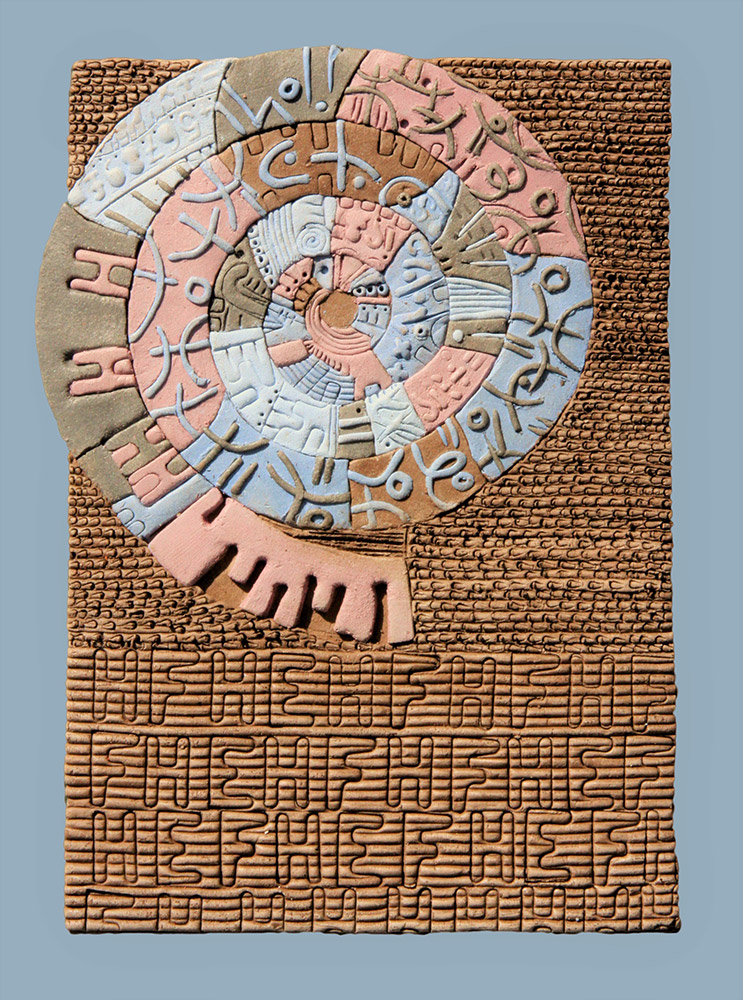 When I grew up and I had the possibility of doing it, I looked for different ways of artistic expression using various materials, in order to express what I felt inside me, charmed by the solicitations coming to me in that period from the works of great artists, especially Alberto Burri, and from the knowledge of traditional art and handicraft of South America, Mexico and China.“